Check out our technical explainer video that explains more of Redenomination.

There are no state changes with redenomination. There are no transfers. The real change regards the social consensus around where to put the decimal place when we talk about what constitutes a DOT.

The initial vote for redenomination occurred as a referendum on the Kusama blockchain. The referendum was summarized as having four effects if approved by KSM holders.

The initial referendum was proposed prior to the Polkadot genesis block under the assumption that making a redenomination would be simpler before the Polkadot chain was live. However, many in the community pointed out the disconnect of the two networks and how it was unfair for holders of DOT to be impacted by a vote by a different token holder set. For this reason, Web3 Foundation decided to make a new vote on Polkadot when it went live, although the Kusama vote ended with a majority in favor of the redenomination change.

Web3 Foundation summarized the decision not to change:

However, given the non-negligible amount of opposition, including from some within the ranks of Web3 Foundation and Parity, the Foundation decided that we cannot, in good faith, sponsor the redenomination.

After the genesis block of Polkadot was created and the network was running with a decentralized community of validators securing the network, Web3 Foundation decided to put the redenomination topic up to a vote again. This time, the vote was explicitly binding — meaning that it would be executed if voted through. In comparison, the vote on Kusama was of course non-binding, being at best a way to capture a signal without a direct way to affect the Polkadot chain.

Based on the feedback received during the Kusama referendum, the Polkadot vote was held as an approval vote, with four available options. DOT holders could issue votes for any configuration of the four options: no change, a change of 10x, a change of 100x, or a change of 1000x. The vote logic was contained in a specially-built Substrate pallet that was included in Polkadot's runtime for this poll.

Summary of the Vote

With a voting period of two weeks set, the redenomination was now in the hands of the Polkadot community for a final, binding decision. 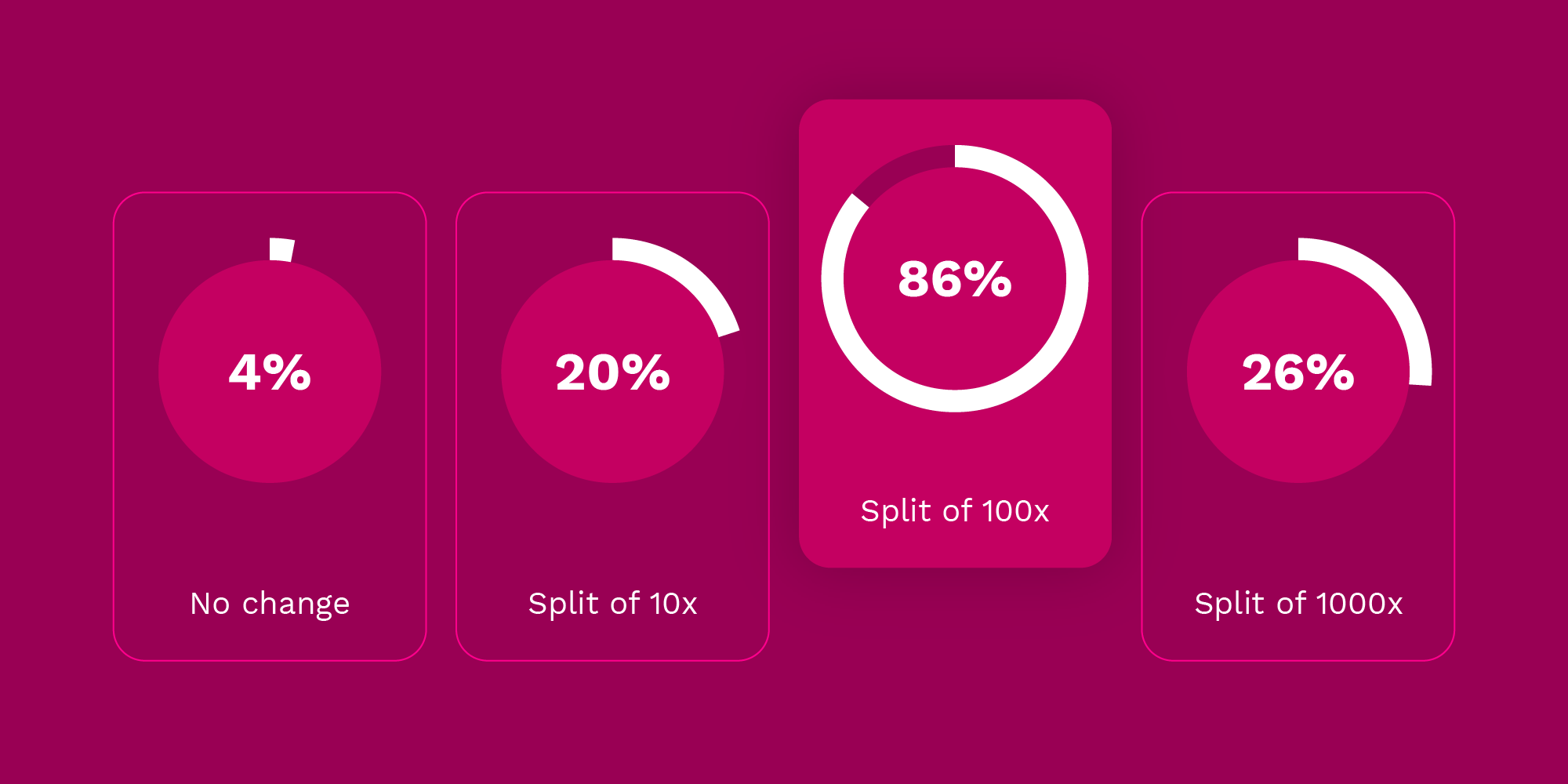 After two weeks of voting, the results of the redenomination vote were tallied. About one third of the total DOT in the network participated in the vote. The redenominaton proposal passed with 86% of the voters favoring a 100x factor increase (or two decimal places of precision loss).

What This Means for the Community​

If you are a DOT holder or user of the network, then you do not need to take any action. The DOT redenomination was a purely front-end change. You still hold the same amount of Plancks after the change, but now it will appear that you hold 100x more DOT. This change applies proportionally to every account.

What This Means for Builders of Tools​

If you are the builder of a tool that consumes the @polkadot/api package — then there should be no real changes that need to be made in your application. The denomination is technically a cosmetic change and every value is still a constant amount of Plancks.

However — if you are a builder of a tool that displays DOT balances to users (e.g. a wallet) or handles DOT balances in an off-chain or custodial way, then you will need to ensure that you display the correct denomination of DOT to users.

Please reach out to [email protected] if you need any assistance in making sure your software is compatible with the redenomination.