Components of the Polkadot host​

Below is a diagram that displays the Polkadot host surrounding the Polkadot runtime. Think of the runtime (in white) as a component that can be inserted, swapped out, or removed entirely. While the parts in grey are stable and can not change without an explicit hard fork. 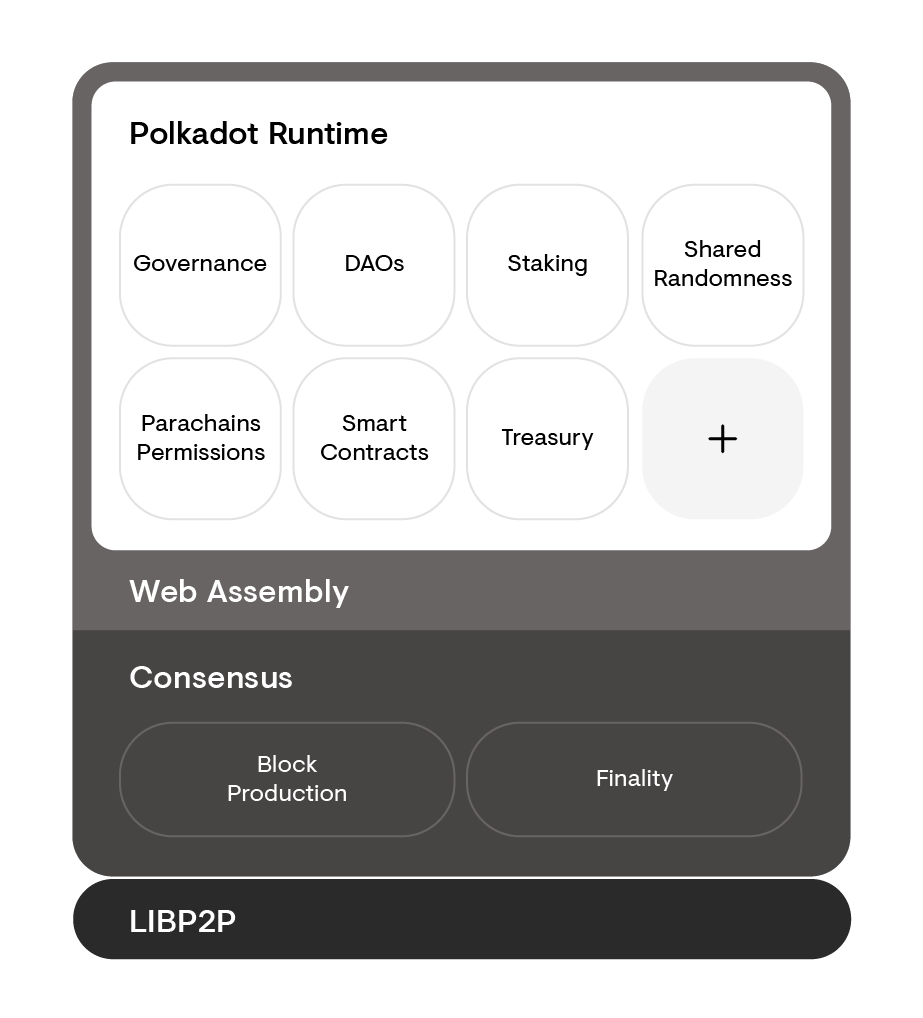