The smallest unit for the account balance on Substrate based blockchains (Polkadot, Kusama, etc.) is Planck (a reference to Planck Length, the smallest possible distance in the physical Universe). You can compare DOT's Planck to BTC's Satoshi or ETH's Wei. Polkadot's native token DOT equals to 1010 Planck and Kusama's native token KSM equals to 1012 Planck.

DOT was originally equal to 1012 Planck just like Kusama (which is referred to as "DOT (old)"), but went through a process of redenomination which increased DOT's supply by 100x. As a consequence, 1 DOT now equals to 1010 Planck.

What are the uses of DOT?​

DOT can also serve ancillary functions by being a transferrable token. For example, DOT stored in the Treasury can be sent to teams working on relevant projects for the Polkadot network.

These concepts have been further explained in the video Usage of DOT and KSM on Polkadot and Kusama.

The first function of DOT is to entitle holders to control the governance of the platform. Some functions that are included under the governance mechanism include determining the fees of the network, the addition or removal of parachains, and exceptional events such as upgrades and fixes to the Polkadot platform.

DOT will be used to facilitate the consensus mechanism that underpins Polkadot. For the platform to function and allow for valid transactions to be carried out across parachains, Polkadot will rely on holders of DOT to play active roles. Participants will put their DOT at risk (via staking) to perform these functions. The staking of DOT acts as a disincentive for malicious participants who will be punished by the network by getting their DOT slashed. The DOT required to participate in the network will vary depending on the activity that is being performed, the duration the DOT will be staked for, and the total number of DOT staked. For more information about staking on Polkadot visit the dedicated staking page.

DOT will have the ability to be locked for a duration in order to secure a parachain slot in the network. The DOT will be reserved during the slot lease and will be released back to the account that reserved them after the duration of the lease has elapsed and the parachain is removed. You can learn more about this aspect by reading about the auctions that govern parachain slots.

Calculating When Vesting DOT Will Be Available​

Generally, you should be able to see from the Accounts by looking at your accounts and seeing when the vesting will finish. However, some DOT vest with "cliffs" - a single block where all the DOT are released, instead of vesting over time. In this case, you will have to query the chain state directly to see when they will be available (since technically, the vesting has not yet started - all of the vesting will occur in a single block in the future).

DOT are required to make transactions on the Polkadot network. Tokens on Polkadot's Testnets like Westend and Rococo do not have any value besides allowing you to experiment with the features on the network.

Getting Tokens on the Westend Testnet​

You can also earn WNDs as rewards by becoming a validator on Westend network. Watch the video below on how to get started on Westend. 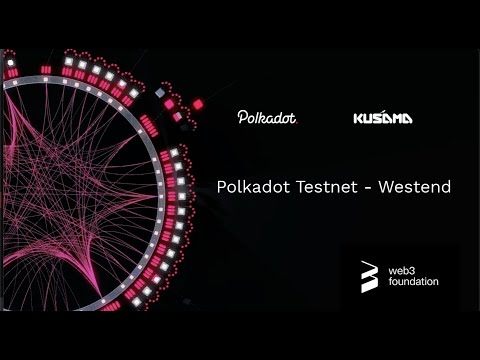 Getting Tokens on the Rococo Testnet​

Rococo is a parachain testnet. Tokens are given directly to teams working on parachains or exploring the cross consensus message passing aspects of this testnet. General users can obtain ROC by posting !drip <ROCOCO_ADDRESS> in the Matrix chatroom #rococo-faucet:matrix.org. Learn more about Rococo on its dedicated wiki section.

Unlike testnet DOT, Kusama tokens are not freely given away. Kusama tokens are available via the claims process (if you had DOT at the time of Kusama genesis) or through the Treasury. Alternatively, they can be obtained on the open market.

Polkadot Mainnet DOT are not freely given away. If you purchased DOT in the original 2017 offering, you may claim them via the Polkadot claims process. Alternatively, they are available on the open market.