Polkadot is a blockchain protocol with two goals: providing shared security among all connected parachains and allowing all connected chains to interoperate by using XCM. With the advent of PDKs like Parity Substrate and Cumulus, the time it takes to develop and launch a new chain has dropped significantly. While before it would take years to launch a new chain, now it may only take weeks or even days.

This guide will walk you through the steps you can take today to get started building your vision with Polkadot. It will explain the difference between a parachain and a smart contract (and why one may be better suited for your application over the other).

Polkadot mainnet has been running since May 2020 and has implementations in various programming languages ranging from Rust to JavaScript. Currently, the leading implementation is built in Rust and built using the Substrate framework.

Tooling is rapidly evolving to interact with the network; there are so many ways to get started!

But before you jump head-first into the code, you should consider the kind of decentralized application you want to make and understand the different paradigms available to developers who want to build on Polkadot.

What is the difference between building a parachain, a parathread, or a smart contract?​

Polkadot provides several ways for you to deploy your application: as a smart contract on an existing parachain, as your own parachain, or as a parathread. There are trade-offs when working with each of these and reading this section will help you understand them.

Parachains are parallel Relay Chain. Parachains permit a high degree of flexibility and customization but require more effort to create and maintain over time.

Parathreads are like parachains and enable the developer to have lower-level control of the logic of their application. The main difference between the two is economic since parathreads will be much less expensive to secure than a parachain. The lower costs of parathreads are due to the fact that parathreads will only produce a block when they need to, unlike parachains, which have secured a slot to produce a block at every block of the Relay Chain. When building a parathread, you will use the same tools (like PDKs) and you get all of the benefits of building a parachain, without the drawback of the cost.

Parachains grant the creators more space to build the monetary system and other aspects of the chain from the ground up. They will allow for more succinct and efficient execution of complex logic than could ever be offered by a smart contract platform. Parachains also offer more flexibility in the form of governance and can perform complete upgrades in a less controversial way than the current process of hard-forks.

Some examples of features you can have on a parachain or parathread: 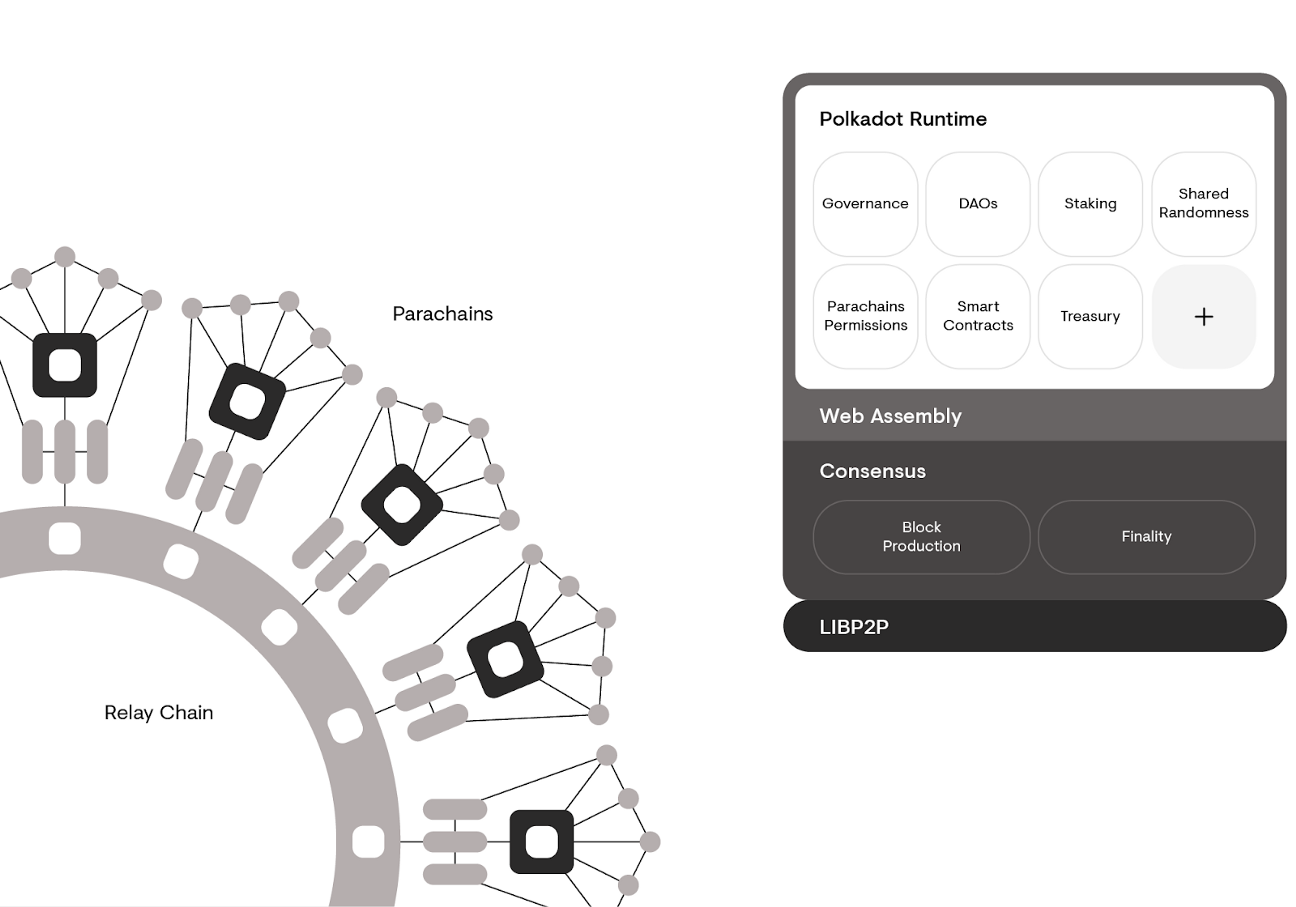 Parachains open possibilities to construct complex runtime logic that would be too expensive to execute with smart contracts. However, unlike smart contracts, parachains lack a mandatory gas metering system entirely and could potentially be vulnerable to bugs that cause infinite loops (something that is prevented by design in smart contracts). This vulnerability is mitigated by the weight system that is implemented in Substrate -- although it places more of a burden on the developer of the parachain to properly perform benchmarks.

You may also decide to harness a combination of parachain, parathread, and smart contract. If you have certain logic that requires loops and it cannot be removed, use the native parachain runtime to handle all complex logic and the smart contract to call iteration. If you require off-chain data from an oracle, you may want to use a parathread as an oracle feed that only triggers once every 24 hours (this makes the most sense if the data is useful to other players in the Polkadot ecosystem too).

Most likely you’ve already realized that your application is better suited to be one or the other (or a hybrid of them both), but if you need a quick recap to digest the information, you can use this comparison chart as a cheat sheet:

The image above does not include parathreads

As we mentioned before, all the benefits of parachains apply just as well to parathreads. Parathreads, however, are cheaper to deploy and maintain. So if they had a column on the table above, it would look like the parachain column with "Ease of deployment" and "Maintenance overhead" changed to +.

A smart contract is simply some code that exists at an address on a chain and is callable by external actors. The key part is that you actually have to put the code on chain before anyone can start executing it!

Deploying your smart contract on chain will vary slightly for whichever specific parachain you will use, but generally you will send a special transaction that will create the smart contract on the ledger. You will likely need to pay an associated fee for the initialization logic and any storage that your contract consumes.

On Polkadot, there will be parachains that act as smart contract platforms. Smart contracts are executable programs that exist on only a single chain and are limited in complexity. Because they exist on a single chain, they can have smooth interoperability with other smart contracts on the same chain. However, they will always be constrained and limited by the inherent characteristics of their host chain.

If there is a need to have a large amount of control over the design and features of your application, a parachain is a better choice. Keep in mind, smart contracts can be used as a testing ground before later being turned into full-fledged parachains. Smart contract platforms will usually have convenient tooling like IDEs to facilitate quick iterations. A smart contract MVP could be created to gauge user interest before putting in the work to build out a parachain.

You will need to consider the storage and complexity of your smart contract to ensure that gas usage stays within reasonable bounds. Storage will likely be expensive for whichever smart contract platform you use, so it is necessary to keep as much data off-chain as possible. You may consider using the listed options on the decentralized storage page to keep the data and submitting only the content address on chain.

Building a parachain or parathread​

Please see the parachain development guide for how to get started on building a parachain or parathread.